You are here HomeHealthThis Weight Loss-Friendly, Low-Carb Summer Snack Is An Ideal For Dieters 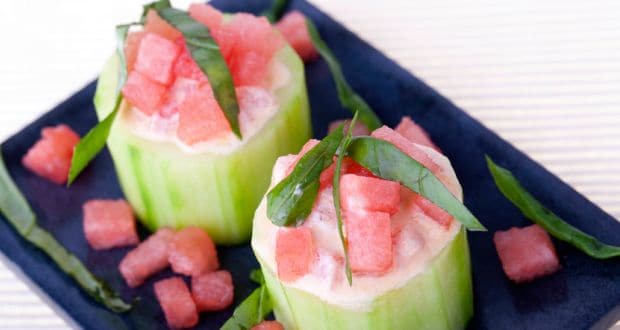 Indian summers come loaded with a bevy fruits and vegetables. One such summer veggie that is a recurrent feature in our kitchen pantry right now is lauki (or bottle gourd). Lauki has a mixed fan base. While some find it utterly bland and boring, there are some who are absolute fan of its refreshing flavour. If you belong to the group of ‘lauki lovers’, we must tell you that lauki is perhaps one of the best vegetables you can have right now. So do make most of it. If you are not so much of a fan, then perhaps the long list of its health benefits may change your mind a bit. Did you know more than 90 percent of the vegetable is just water?! Lauki is full of weight-loss-friendly and heart-protective fibres. It is also a treasure-trove of antioxidants and essential minerals such as riboflavin, zinc, thiamine, iron, magnesium and manganese. Lauki also happens to be enriched with vitamin C, which helps nourish your skin, prevent cell damage done due to free radical damage.

One of the best aspects about lauki is that it is a super versatile veggie. You may not like it in a certain avatar, but that doesn’t mean you should reject the vegetable completely. It can totally surprise you in some other form, if only you give it a chance. Stew, salads, halwas, pakodas, there’s so much you can do with bottle gourd.

As we mentioned earlier, lauki is high on fibre, in addition to that there are many reasons what makes lauki a ‘weight-loss favourite’ too.

1. Low fat: Lauki has negligible saturated fat content. The vegetable is all water and nutrients.

2. High On Water: About 95 percent of the vegetable is just water. It not only keeps you hydrated, but the veggie also fills you up and prevents over-eating. If you eat in moderation, you are much more likely to lose weight and also sustain your weight loss.

3. Low in Calories: About 100 grams of bottle gourd contains only 15 calories! The veggie is super low on calories and so high on nutrients. So load up on lauki now!